From V-Fib Storm to 5K a Day

Life changes come gradually to most people. Priorities and lifestyle choices shift as they grow, mature, and experience new things. On the other hand, some people’s lives change profoundly in an instant – usually caused by a major upheaval, life change, accident, or circumstance thrust upon them.

I suffered a near-fatal Ventricular Fibrillation (V-Fib) “Storm.” I was in the shower and my heart started quivering and spasming due to a “rogue” electrical current, no longer pumping vital blood through my body. I collapsed unconscious. Miraculously, my wife Lily heard me making strange sounds and woke up. She then heroically performed life-saving CPR on me while corralling the kids, calling 911, and generally being a superstar!

Lily saved my life and kept my heart pumping until the paramedics arrived. For that, she won a rare Heart Saver Hero Award from the American Heart Association. I’ll never forget what she did for me that day.

And that was just the beginning. The paramedics ended up shocking (defibrillating) my heart numerous times in the ambulance ride to the Sutter Hospital emergency room. My heart wasn’t responding to any of the standard medications or treatments for a V-Fib. It kept going out of rhythm, putting my life at risk.

Once I got to the hospital, things went from bad to worse. My heart couldn’t stay in rhythm for long, constantly needing defibrillation. At one point I was suffering V-Fib every 30 seconds or more. An entire area of the hospital was dedicated to my care, and up to 22 doctors, nurses and techs were trying to save my life. Their EKG machine ran out of recording tape at one point.

I’m not a particularly spiritual person, but I think I would have died that day if a miracle hadn’t happened. The cardiologist (electrophysiologist) on call that day was Dr. Subramaniam Krishnan. He treated a woman with very similar symptoms to me several years earlier in Southern California and authored a medical journal about how he treated it. He then ended up transferring to Sutter in Northern California years later – and was the treating doctor on my case. It was his decision to use some brilliant and unorthodox treatments that ended up saving my life. None of the other doctors had the same ideas and I suspect I would have died that day if I didn’t have the exact doctor that I needed, at the exact time and place, for my condition.

For those interested, here’s a link to an article about the incident here.

After the incident, I was unconscious for three days – finally waking up in the hospital and wondering why I was there and what happened.

At the end of it all, I was informed my heart was defibrillated over 240 times in one day. None of the medical staff had ever been part of a case like that. My specialist informed me that 95% of V-Fib patients die before they even get to the hospital if they suffer their V-Fib without an AED available to treat them. And with my particular “storm,” he felt that I had less than a 1% chance to survive. Physically, I felt like I had been in a 12-round heavyweight fight with Mike Tyson. It felt like my internal organs were battered and bruised!

At the end of it all, I was out of work for seven weeks and completely off my feet. I took stock of my life at that point and noted several things:

Yet despite all this, I also knew that I wanted to change my life for the better and also help other people improve their lives if at all possible. I just didn’t know how to do it.

Taking stock of myself, I was an ordinary, although significantly overweight, 45-year old weekend warrior. Over the years, I had slowly but surely put on extra weight – lots of it. For a man who was once in the United States Marine Corps, I had let my weight get up to a staggering 260 pounds due to a stressful work schedule and complete lack of self-discipline.

I had a wife, three children and a demanding career. I had to make a change. I had to get better.

So I just started running. At first it was a single mile, then eventually two miles, and finally I was able to run three miles. I wasn’t worried about pace or time. I wasn’t even too worried about proper form. I just got out there and ran. And I did a better job watching my diet, opting for home-cooked meals and healthier choices instead of fast food and pizza. I even tried Weight Watchers for a few months. It really helped to jump-start my weight loss, although I stopped after a few months because I didn’t want to spend my life tracking points.

And the weight started to come off. And I started to feel better. My culminating moment came in the summer of 2018, when my weight had dropped all the way down to 193 pounds – from a high of 263 pounds.

For a change, I felt what it was like to be fit, to look good, to have energy. It was a liberating feeling compared to the obese and semi-obese state I had been in for most of my adult life. For the most part, I’ve maintained that loss during the past 18 months – although it’s fluctuated up over 200 pounds at times. But I monitor and course-correct as needed. I’ll never be that unhealthy, depressed 260 pound man again.

It hasn’t all been perfect, of course. I can still be prone to major dietary lapses, which is why I’ve never been able to get under 190 pounds and often go over 200 pounds. I snack a lot more than I should and allow myself to semi-binge at times. So I’ve done a better job cracking the running code than the dietary code. With that said, I still do eat better than I did in the past.

I’ve been able to accomplish more than I thought possible the past couple years from a running standpoint. I’ve completed a Spartan Sprint, four half-marathons, and untold numbers of training runs. In 2020, I have my first full marathon scheduled – the California International Marathon in December. I also signed up for a Spartan Super – which is a 6+ mile run with over 25 challenging obstacles and potentially scores of burpees! 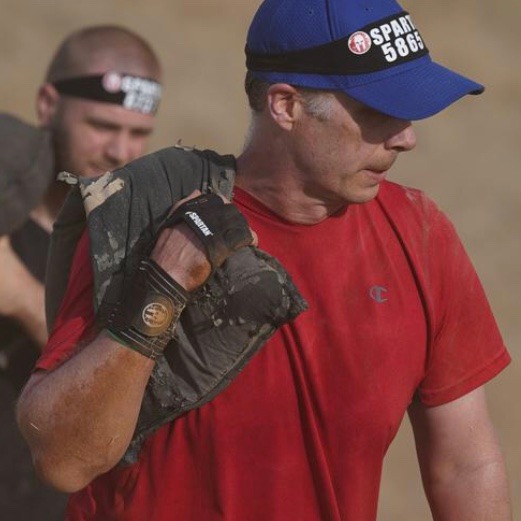 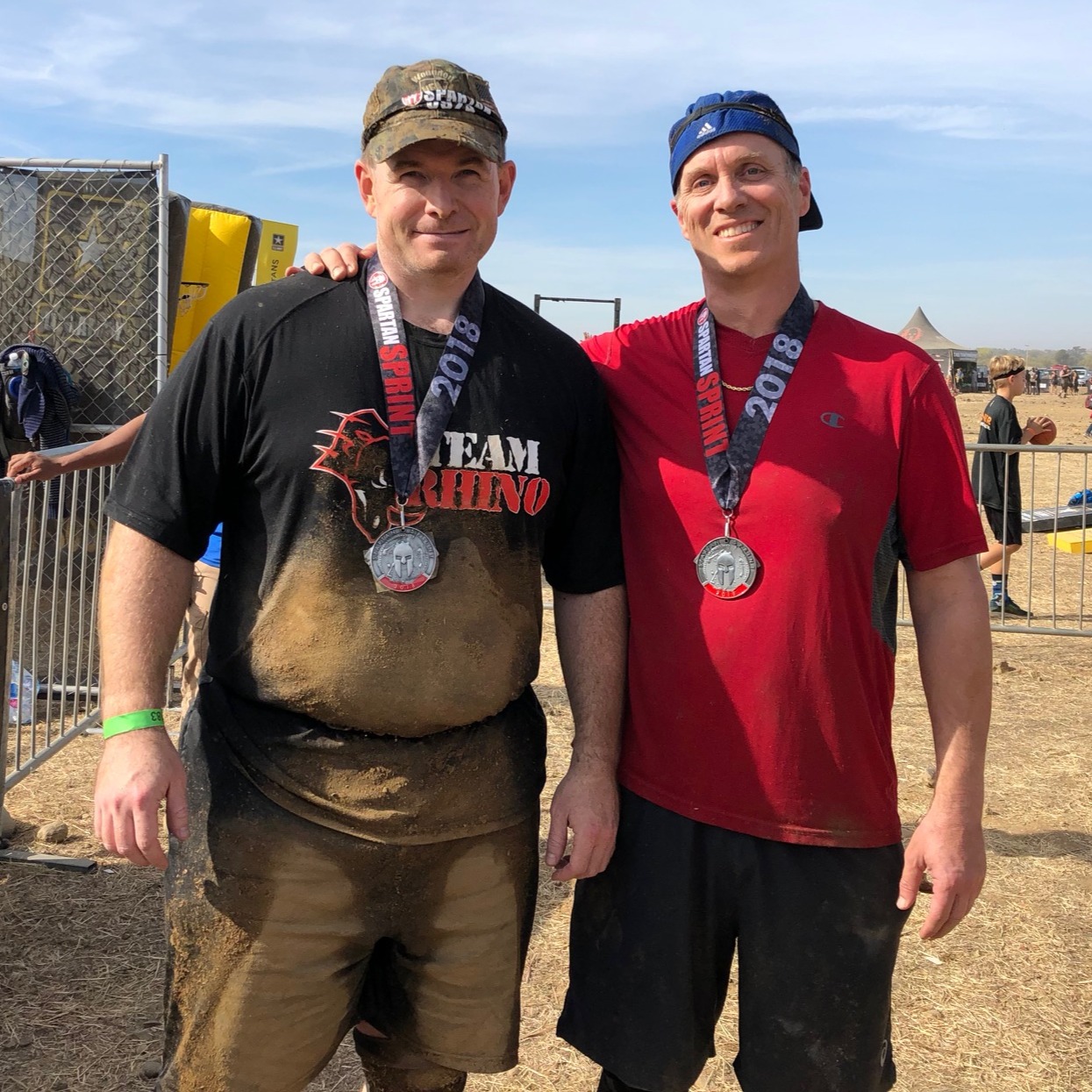 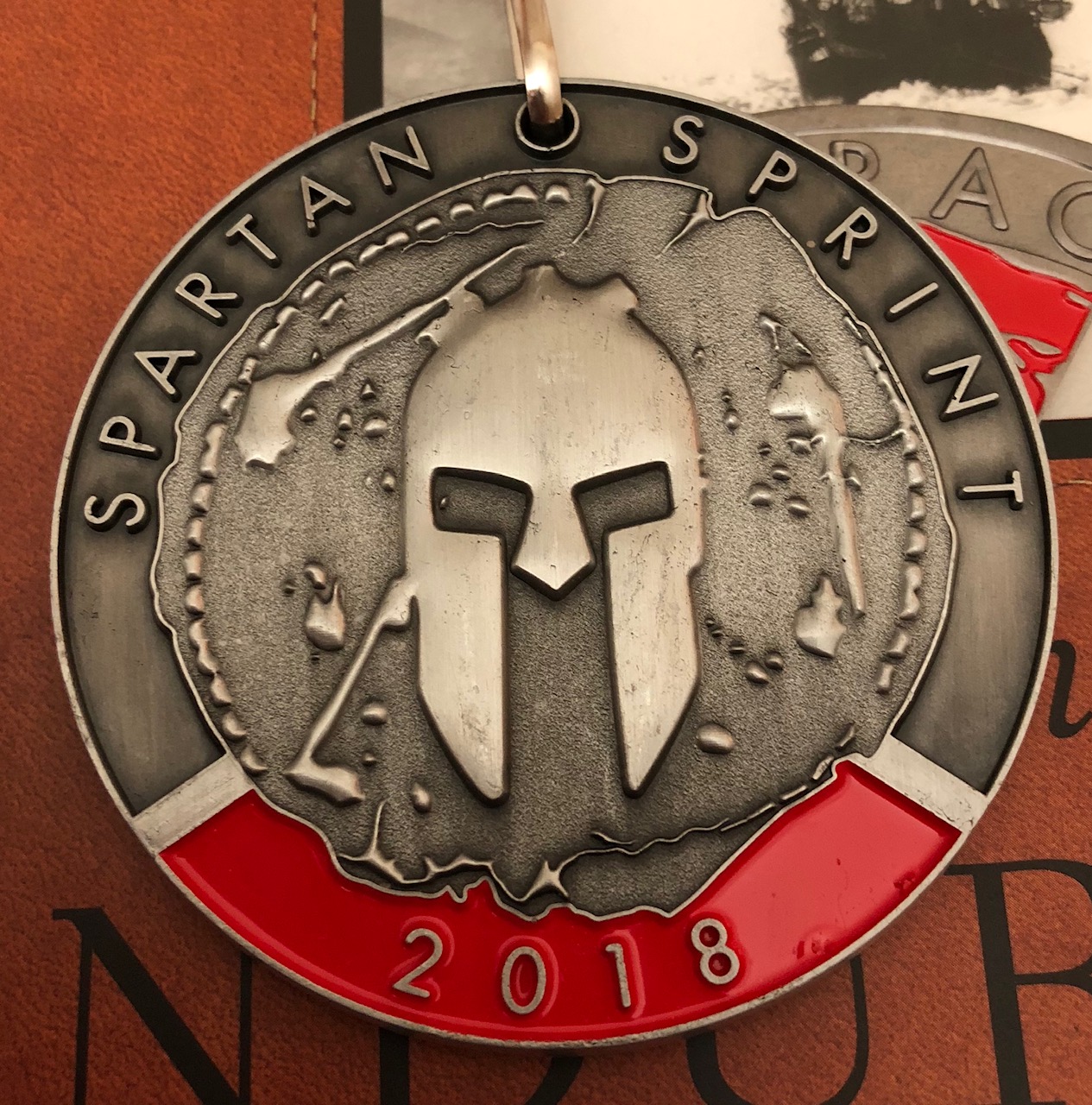 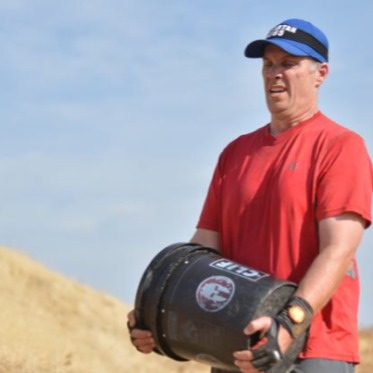 My motto is #5KPERDAY. My goal is to demonstrate willpower and mental strength by striving to run at least 5K every. single. day. It doesn’t matter if it’s cold, wet, or you’re tired. Barring injury, do your best to get out there and exercise your willpower muscle. I’m not perfect. I miss days. But I try to get back on the horse the next day. As of this writing, I’ve run 28 out of the past 31 days – which is a 90% rate.

Why am I doing this? To show that ANYONE can do it. I almost died from a freak heart condition, was at one point 260 pounds, have a busy and challenging career, and I’m over 50 years old. If I can do it – so can you!

One tip I have for anyone is to be patient and recognize the power of incremental progress. Any kind of improvement, no matter how small, matters. Incremental habit changes will stack up over time and build a great foundation. Don’t try to do it all at once! Just take your time and you can become healthier, lose weight, increase your endurance and even add years to your life.

I want to empower and inspire people who have been through a lot of obstacles or face significant challenges. That includes older people (50+ years old like myself) and survivors of major health scares, such as heart attacks and cancer. I want people to realize that no setback is too much to overcome. And each day we have in this life should be maximized and cherished.

One tip I have for anyone is to be patient and recognize the power of incremental progress. Any kind of improvement, no matter how small, matters. Incremental habit changes will stack up over time and build a great foundation. Don’t try to do it all at once! Just take your time and you can become healthier, lose weight, increase your endurance and even add years to your life.

Another tip is to share your goals with others, both publicly and privately. Now that sounds daunting and can cause fear of failure or embarrassment if you don’t meet your goals. But it also drives accountability. I post my runs every day on my Instagram account and I’m not afraid to admit that I’ve been spurred to run a number of times just due to not wanting to have to explain my lapse on IG. It’s a form of self-imposed pressure. It may not work for all people, but it works for me.

A final tip I would give to people trying to improve their fitness is that you have to prioritize your health and make it virtually non-negotiable. We all have many things in our lives competing for our time. That might include time with your spouse or partner, playing with your children, a busy job, cooking & cleaning, learning the guitar, oil painting – or anything else! I have news for you – we can’t do everything all the time.

There will be times you have to choose. I’ve wanted to become better at the guitar for the past year but rarely pick it up. That’s because I have made in-the-moment decisions to spend my free time with my family or strapping on my running shoes to get in a 5K. And although I’m still not Eddie Van Halen on the guitar, I have no regrets. 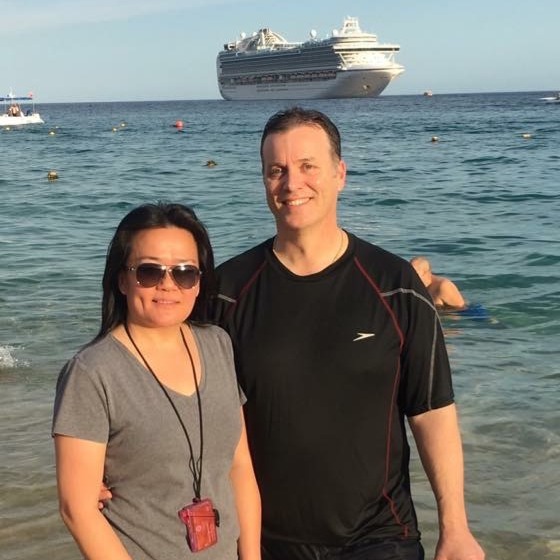 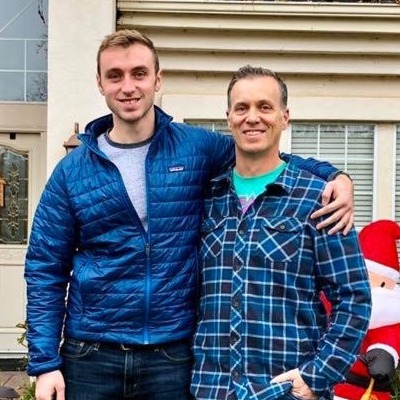 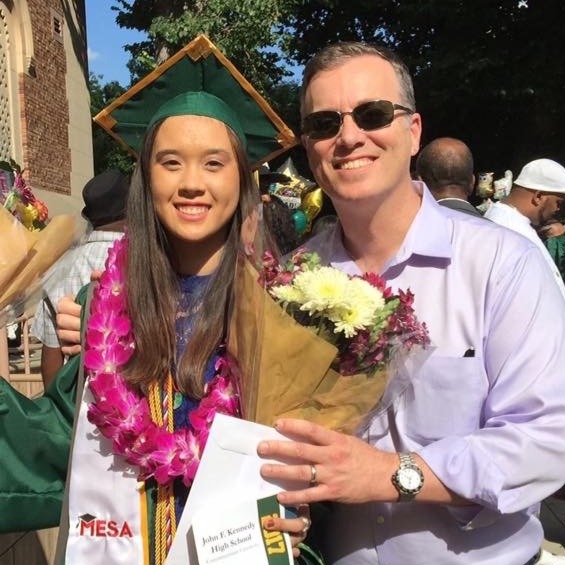 Good luck to all of you in accomplishing your fitness and other goals in 2020!

George Vaughn is a runner and a survivor of a near-fatal heart failure. At 51 years old, he’s trying to prove that it’s never too late to improve your fitness and longevity. He nearly died from a ventricular fibrillation (V-Fib) and saw his weight balloon up to 260 pounds. But he decided that he’d be in the best shape of his life in his 50’s – and is making progress towards that goal.

In the past two years, George has completed four half-marathons and a Spartan run. He has also lost 40 pounds, and has 35 pounds to lose to achieve his goal weight. His goals for 2020 include achieving his goal weight of 175 pounds, completing his first full marathon, a Spartan “Super” and a number of other challenging runs.

George lives in Sacramento, California, with his beautiful wife Lily and 9-year old son Braden. George and Lily also have a 23-year old son, Devin, and a 20-year old daughter, Caitlin. He logs his running “exploits” on his Instagram @5kperdayvfibsurvivor .

From Non-Runner to Six-Star Finisher: Why I ran the Abbott World Marathon Majors

NCAA XC Nationals: Inside the Mind of a Champion